A Leader We Can Trust.

The Experience We Need.

Larry Agran has served on the Irvine City Council for more than 20 years, including 10 years as Mayor.  The policies Larry drafted and secured approval for literally changed Irvine forever.

Under Larry’s leadership, the City: 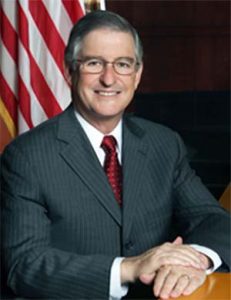 Raised in Southern California, Larry attended Harvard Law School, where he specialized in public interest law. He and his wife Phyllis and their young son, Ken, moved to Irvine in 1973 so that Phyllis could attend UCI Medical School.

Larry has served on the Irvine City Council for more than 20 years, including 10 years as Mayor of Irvine.

While on the Council, Larry pioneered policies to strengthen the Irvine Master Plan by instituting growth control policies, establishing affordable housing, drafting & implementing the County’s first Human Rights Ordinance, successfully stopping an airport, and winning public approval of a sweeping Open Space Preservation plan — setting aside more than 10,000 acres of wilderness in a natural open space preserve that surrounds the City and will remain forever free of development.

Larry and Phyllis continue to live in the same modest University Park home they purchased in 1976. Their son, Ken, and daughter-in-law Kerrie reside in West Irvine with their two children, Morgan and Benjamin. 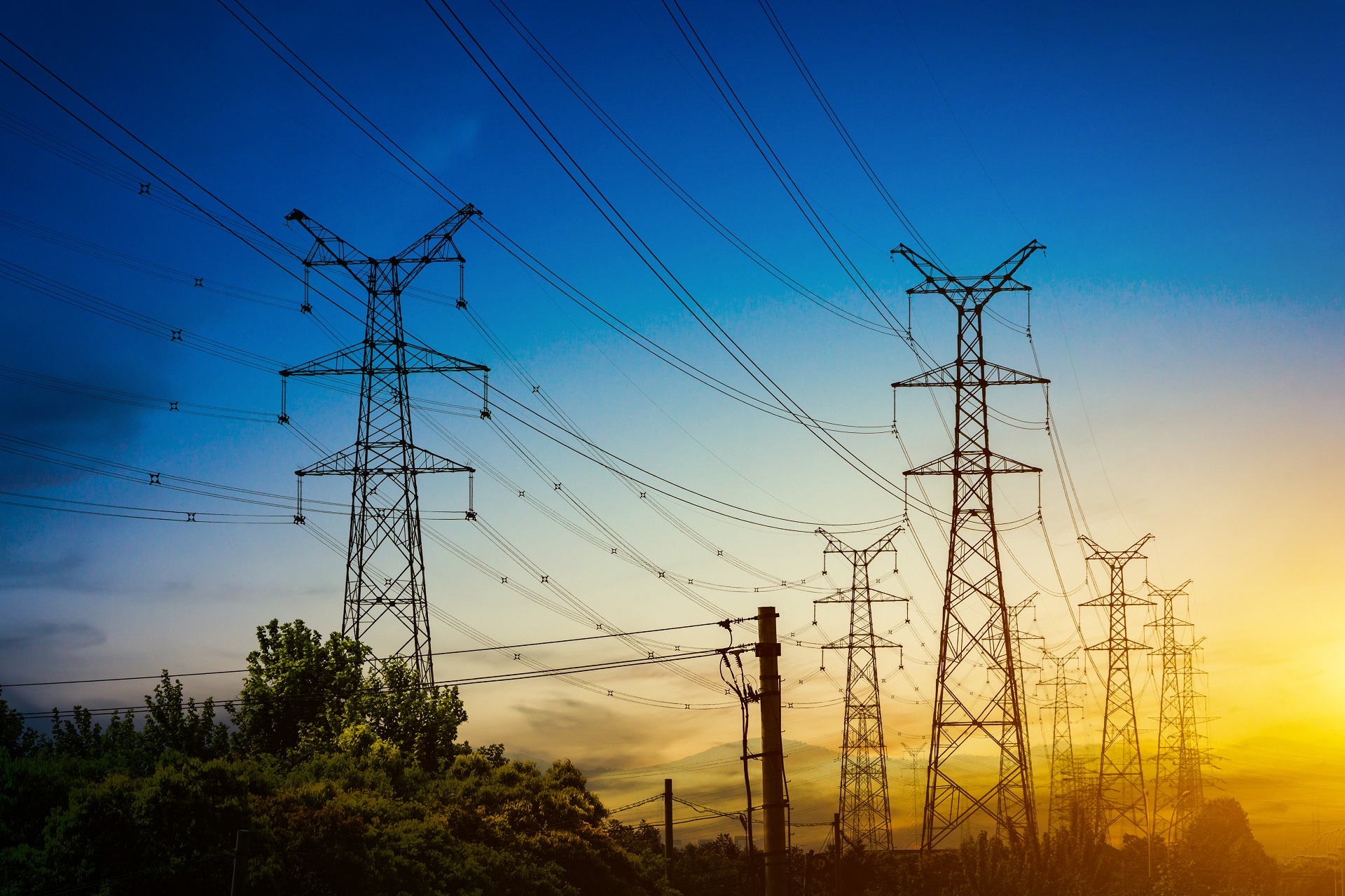 While Larry is a proven environmental leader, he also believes strongly in protecting Irvine taxpayers and electricity ratepayers. That’s why Larry has repeatedly raised red flags regarding the previous Council’s decision to have the City of Irvine fund the financially struggling Orange County Power Authority (OCPA) through 2022.

This year, every Irvine-based business and every Irvine household is being transferred from their current provider of electricity — Southern California Edison — and enrolled in a new OCPA plan at a significantly higher monthly rate.

As Larry has stated: “It may be legal, but to automatically enroll every Irvine resident and business into a new, more expensive electricity plan without a vote of the people was flat-out wrong!”

After his Council colleagues refused to allow him to place an item on the agenda, Larry began using his 3-minutes of “Announcements” during each Council meeting to publicly express his concerns.

Larry’s perseverance paid off! On June 14th, he was able to successfully secure a Council vote in favor of initiating a comprehensive, forensic audit of OCPA, which is taking place right now. 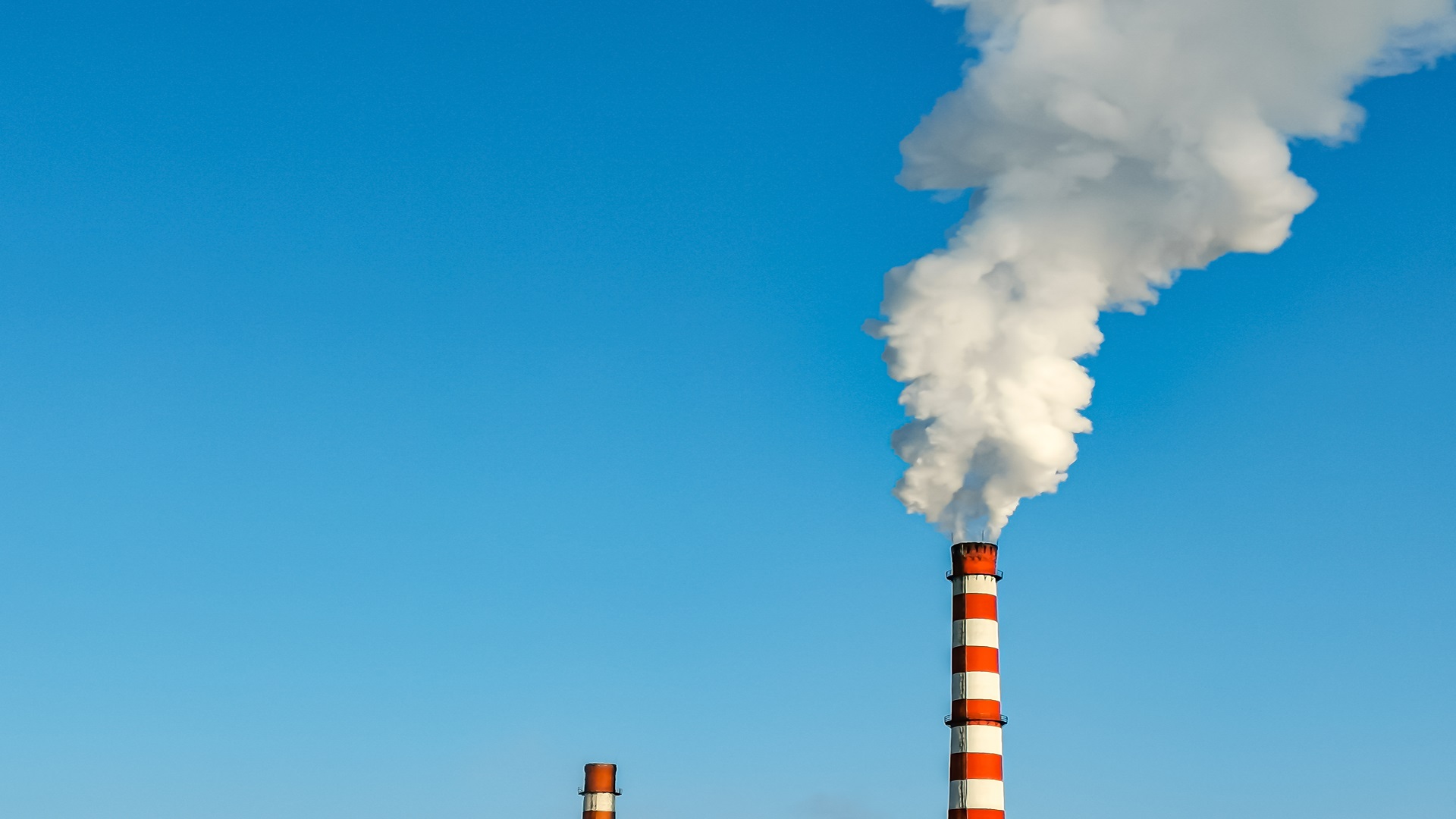 SHUT THE ASPHALT PLANT DOWN

We must pay special attention to improving air quality in Irvine — beginning with north Irvine where we must use our City’s ample legal authority to shut down the All American Asphalt plant and relocate it to a safer, more remote location.

The asphalt plant spews noxious and toxic chemicals in the air every day, including two known human carcinogens (formaldehyde and benzene).

The asphalt plant’s continued operation in Irvine is simply incompatible with good air quality and our Irvine quality of life. 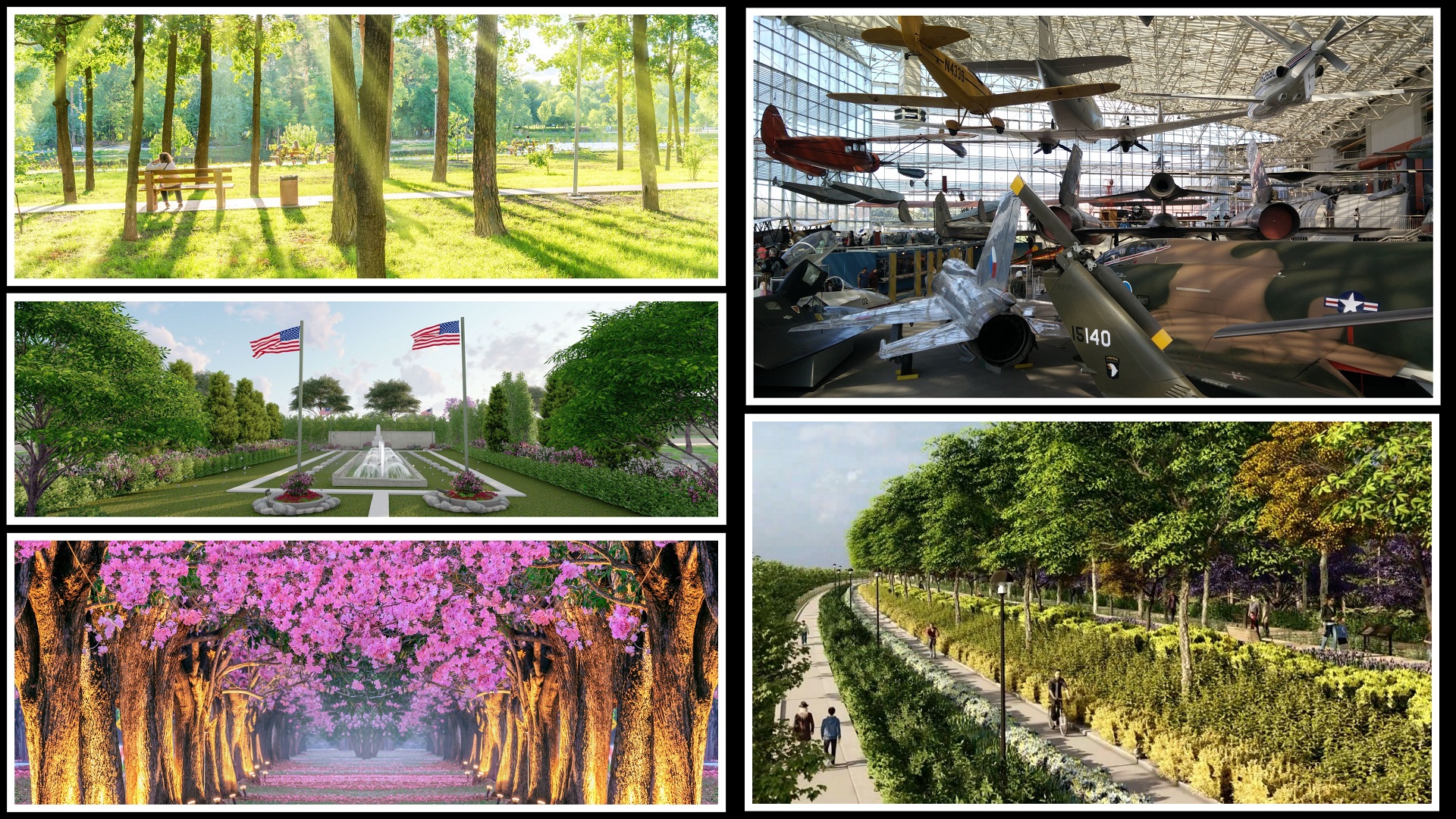 We must actually start building — yes, clear the land and start constructing — the big, beautiful voter-approved park honoring our veterans at the edge of the Great Park in north Irvine.

This long-promised Veterans Memorial Park will include trees, trails, and memorial gardens … with installations and exhibits that honor the history of service and sacrifice of our veterans and their families. 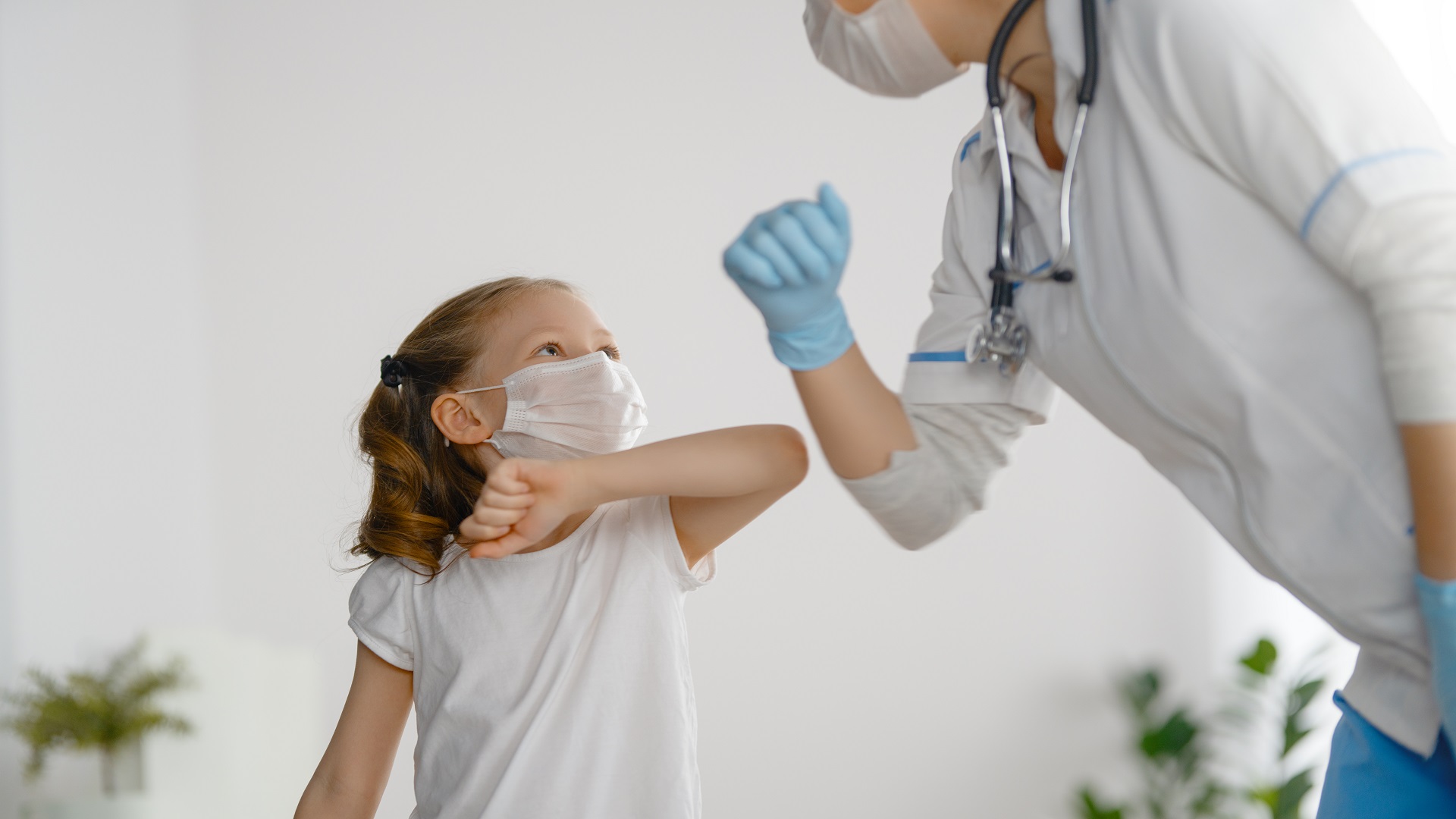 As we continue to struggle with the economic and health effects of the Covid-19 pandemic, it’s clear that Irvine desperately needs to do what 2,800 other American cities have done: We need to create our own Public Health Department.

Think how much better off we would have been if we had been prepared for the pandemic with our own City of Irvine Public Health Department to augment State and County services.

In addition to helping our Irvine businesses remain open, we could have hired more school nurses so that Irvine could meet the nationally recognized standard of one school nurse per school. (We currently have only about half that number.) 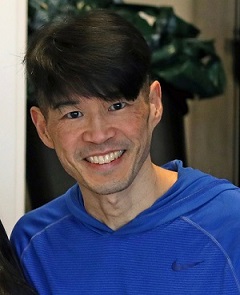 I live in north Irvine and I support Larry Agran because he is the only member of the City Council who has shown a genuine interest in helping families like mine who are dealing with the effects of a toxic asphalt plant in our neighborhood.

From the time he took office in December 2020, Larry has called on the City to take immediate legal action to relocate the plant out of Irvine, in a safe, remote area far away from homes. 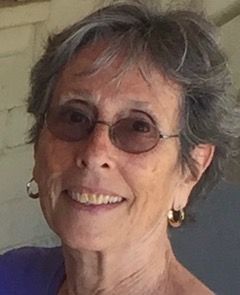 I’ve known Larry Agran for decades. He never backs down from a seemingly impossible goal, if he’s convinced that it’s for Irvine’s good.

Larry not only moves mountains, he involves himself in the minutia of running a city.  He makes it a point to know and listen to as many people as possible, so that he can build a strong team. No project is too small, and no resident or their needs is too insignificant. Our city requires dramatic changes to get us back on track. Larry Agran can get us there! 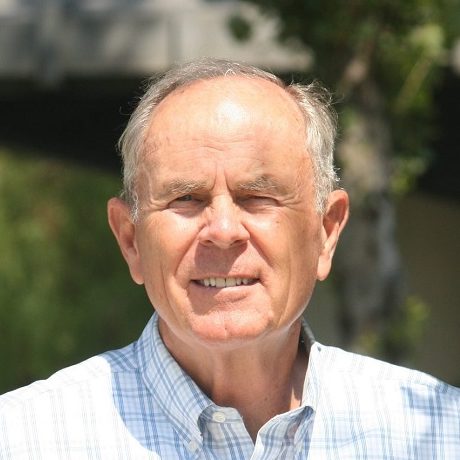 I’m an Air Force veteran and a retired urban planner who has supported Larry Agran since his first Council race in 1978.  For decades, Larry has stood up to the developers for the better interests of Irvine citizens.

That’s why developers have spent millions in vicious attack ads against him.  They know what I know — Larry Agran can’t be bought and he can’t be bossed! 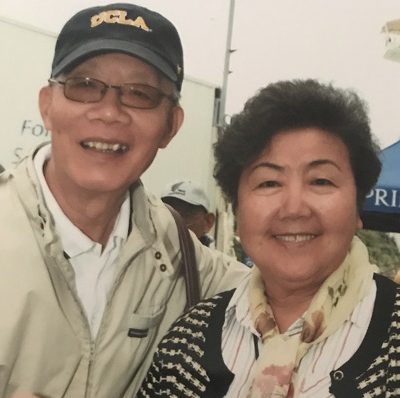 We have known Larry Agran for more than three decades.  We’re voting for him because we have seen his “get-it-done” work ethic firsthand.

Irvine desperately needs the experience Larry brings to the Council. We have no doubt he’ll get us back on track and help correct the many mistakes made during the COVID-19 crisis. 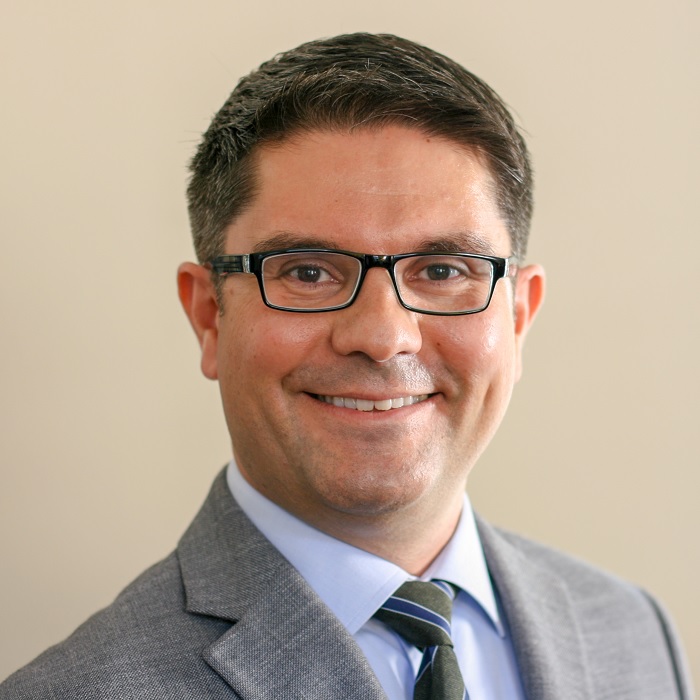 As Mayor, Larry partnered with Nobel Prize-winning scientists at UCI to create the nation’s first municipal ordinance to eliminate chlorofluorocarbons (CFCs) and other ozone-depleting chemicals.  When other cities, states, and countries followed Irvine’s lead, the United Nations presented Irvine with an award for its contributions to global environmental protection.

The threat of climate change makes it more important than ever to have Larry’s vision and leadership continue on the City Council! 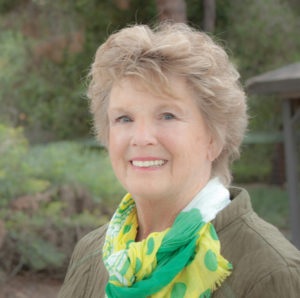 I cannot wait to cast my vote for Larry Agran for Irvine City Council! He’s responsible for permanently preserving the thousands of acres of Open Space that surround our city.

In this election, we need to be sure the people we elect are on our side. Larry has a decades-long record of drafting policies that put Irvine families first. That’s why we need Larry Agran to remain on the City Council. 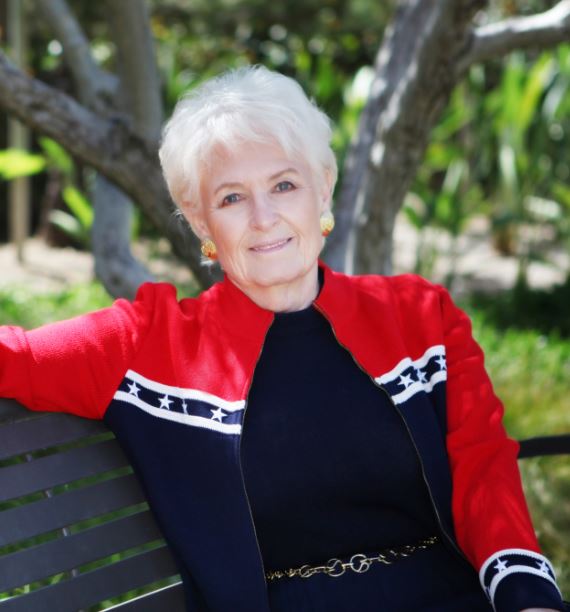 I live in north Irvine.  I’ve been a resident for nearly 50 years, and work as a real estate broker in town. I’m voting for Larry Agran for City Council because I know his record and I trust his leadership.

Larry led the effort to defeat the County Supervisors’ scheme to build a huge, noisy airport — El Toro International Airport — right here in Irvine. With his leadership, we all won! By defeating the airport, Larry Agran protected Irvine’s quality of life … and our property values. 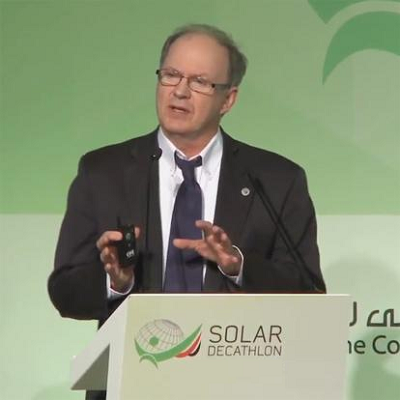 The Solar Decathlon, an award-winning design competition sponsored by the U.S. Department of Energy, had been held over a 10-year period on the National Mall in Washington, D.C.

In 2013 and again in 2015, Larry Agran’s bold, visionary leadership, brought the event to the Orange County Great Park in Irvine. Each event was a huge success, drawing thousands of visitors and highlighting Irvine’s commitment to excellence in education, innovation, and community engagement.