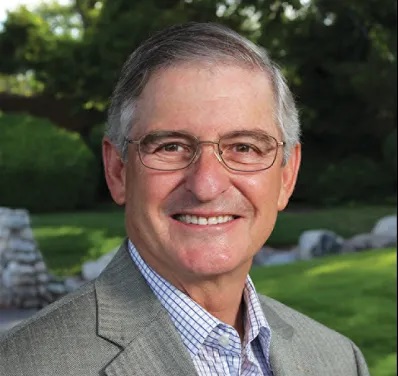 Raised in Southern California, Larry Agran was educated in Los Angeles public schools before attending UCLA and UC Berkeley.  He graduated Phi Beta Kappa, earning his Bachelor’s Degree in Economics and U.S. History.  It was at UC Berkeley in 1964 — in Civil Rights demonstrations and as participants in the Free Speech Movement — that Larry met Phyllis Friedman.  The two married in 1966.

After completing his military service, Larry attended Harvard Law School, where he specialized in public interest law, graduating with honors in 1969, while Phyllis earned two Masters Degrees — the first in Biology at Boston University, and then a Masters Degree in Public Health at Harvard University.

After graduation, Larry and Phyllis returned to California to begin their careers in public service — Phyllis in advancing important public health projects in the Sacramento area, and Larry as Chief Legal Counsel for the California State Senate Health & Welfare Committee.

Larry’s public interest pursuits continued in the 1970s with a series of health law projects, culminating in publication of The Cancer Connection (Houghton-Mifflin), an acclaimed book documenting the occupational and environmental causes of cancer, and urging specific policy proposals to prevent cancers originating in the workplace and in the general environment. 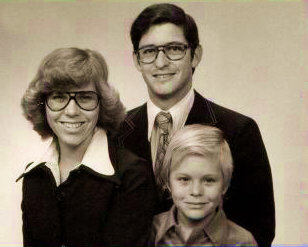 ​The three-member Agran family moved to Irvine in 1973 when Phyllis, joined by other women, managed to break the gender barrier that had intentionally limited the admission of women to the UCI School of Medicine.  Phyllis went on to have a distinguished academic career, becoming a full Professor of Pediatric Medicine and now a UCI Professor Emeritus, while also continuing to serve the community as a practicing pediatric gastroenterologist.  Phyllis has been a repeat-winner of the Orange County Medical Association’s “Physicians of Excellence” award.  She was honored by the American Academy of Pediatrics (Orange County Chapter) as the 2020 Physician of the Year. 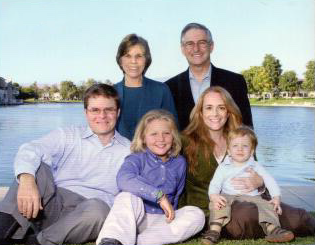 Larry and Phyllis continue to live in the same modest University Park home they purchased in 1976.

Their son, Ken, and daughter-in-law, Kerrie reside in West Irvine with their two children (Larry and Phyllis’s grandchildren) Morgan and Benjamin.

In 1978, Larry was elected to the Irvine City Council — on his first run for public office.  He has served for more than 20 years, including 10 years as Mayor of Irvine.

Larry’s achievements have literally changed the face and landscape of Irvine, forever!  Larry gained support for pioneering policies to strengthen the Master Plan for the City of Irvine by instituting growth control policies, adding affordable housing policies, and winning public approval of a sweeping Open Space Preservation plan — setting aside more than 10,000 acres of wilderness in a natural open space preserve, surrounding the City, that will remain forever free of development.

After an 8-year hiatus, Larry returned to the City Council in 1998, and two years later was elected Mayor once again, serving from 2000-2004.  Larry led the effort to pass the City’s Living Wage Ordinance, and to finally defeat the Orange County Supervisors’ proposed international airport at the former El Toro Marine Corps Air Station and replace it, instead, with a 1,300-acre Great Park that would be built in phases over a period of 40 years.

In 2014, Larry won City Council approval of a 125-acre, State-built and State-operated Veterans Memorial Park & Cemetery in the Great Park over the objections of greedy developers determined to gain control of the site for their own massive development projects and profit. Developers immediately began funneling hundreds of thousands of dollars in “dark money” support to defeat him in his re-election bid, and replace him with pro-developer Councilmembers.

In 2020, Irvine voters sent Larry back to the City Council. Over the past two years, Larry has continued to work for the people of Irvine, and advocate on their behalf.

Larry is the only member of the current City Council to support building a beautiful park on the voter-endorsed “ARDA” site at the Great Park to honor the service and sacrifice of our veterans and their families. Larry is also the only member of the City Council to have advocated for the City of Irvine to take immediate legal action to shut down the asphalt plant in north Irvine and relocate it to a safer, remote location outside of Irvine, and far from any homes or neighborhoods. And, Larry is the only member of the Council to ask for financial information regarding operations at the Orange County Power Authority. (To date, more than $7.7 million of Irvine taxpayer money has been advanced to the Power Authority, with no Council oversight.)

Larry is working to restore good planning and good government to Irvine — a government, as Abraham Lincoln said more than 150 years ago, “of the People, by the People, for the People.”